You are in : All News > Zero Waste Europe calls on EU to “radically” prevent waste and promote reuse 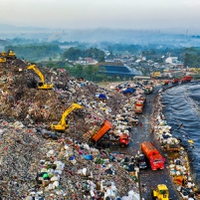 ZWE’s letter to the EC is “a direct result of the manifesto (New Energy for Europe),” Janek Vähk, climate, energy, and air pollution program coordinator for ZWE, tells PackagingInsights. The letter draws specific attention to waste management in the packaging industry, highlighting the need to drive controversial reuse targets forward.

“Given the current crisis we’re facing, public attention is put on the urgency to decarbonize our economies and reduce resource consumption. The clear limitations and incompatibility of single-use packaging in the economy are being exposed, and reusable packaging is standing high on the agenda with solid, proven benefits, not only on circularity but overall resource and climate efficiency,” Vähk says.

“The packaging industry should stop fearing but rather embrace this change. In every crisis, there’s an opportunity and here is also the case.”

ZWE says enforcing reuse targets and stopping waste disposal facilities will help Europe reach its Green Deal goals.Planning for change
Vähk stresses a “teamwork” attitude is essential in making the change to reusable models. “Industry will have to work together, even with their competitors, to pool the resources necessary to build the infrastructure and ecosystem for reusable packaging to operate efficiently,” he says.

Recently, a tide of protest from packaging industry associations – ranging from the European Paper Packaging Alliance to UNESDA Soft Drinks Europe – called on the EC to drastically reduce reuse targets initially drafted in its revision of the Packaging and Packaging Waste Directive (PPWD).

The associations asserted that prioritizing reuse could permanently deindustrialize much of the EU, costing billions of euros and millions of jobs by making the recycling and incineration sectors redundant. They also call into question the scientific merits of reuse schemes.

The ZWE disagrees. “When looking at current success stories in the field of reusable packaging in Europe, it is possible to identify that they rely on pooling systems, which entails a central governance structure; shared ownership of packaging; shared access; and self-imposed quality and efficiency standards for packaging,” says Vähk.

“By joining forces to create solutions, rather than going against the wave, the packaging industry can only benefit from this change.”

Strengthening the PPWD
Industry lobbying efforts paid off to an extent when, last week, the PPWD reuse revisions were watered down in its final draft. For example, the legislation now says 20% of hot and cold beverages will have to be in reusable packaging by 2030 and 80% by 2040 – down from 30% by 2030 and 95% by 2040 from the previous draft.

While both environmentalists and industry groups were disappointed by the changes, ZWE says this is a move in the right direction for Europe’s energy policy.

“This is a good step in the right direction given that the previous legislation on packaging waste had mostly dealt with recycling – that means managing waste instead of preventing it from happening in the first place,” says Vähk.

“Nevertheless, we need more ambitious and positive change in how we produce and consume products, including packaging. In view of the co-decision process, we hope the PPWD’s proposal can be strengthened to promote a radical scale-up for reusable and safe packaging systems in Europe,” he concludes.

In the Netherlands, all soft coffee pods and tea bags can now be disposed of in the organic bin along with vegetables, fruits and other garden waste, as the Dutch... Read More