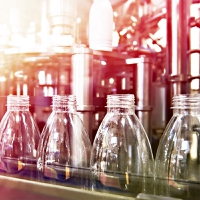 21 May 2021 --- Coca-Cola European Partners (CCEP) has completed its US$7.68 billion acquisition of Coca-Cola Amatil, with the new company name being announced as Coca-Cola Europacific Partners.

Coca-Cola Europacific Partners is the world’s largest Coca-Cola bottler and one of the leading FMCG companies in the world.

The company employs over 33,000 people, serves approximately two million customers in 26 countries and will reportedly generate revenue over US$15 billion.

The proposed acquisition of Coca-Cola Amatil was announced in October 2020 and approved by Amatil’s shareholders on April 16, 2021. The new company name came into use this month following completion.

“The exciting thing for me is the best practice sharing. We have a lot to offer, but from what I’ve seen already, there’s an awful lot of good practices in Australia, New Zealand, Indonesia and the islands that we can learn from as well.”

“We are excited we will be putting together CCEP and Coca-Cola Amatil – two great bottlers. It will be quite challenging in terms of the distance we have between them, but we will be looking to become a global bottler and the world’s largest Coca-Cola bottler.”

“We’ll have a broader and more balanced footprint, and the number of consumers who can enjoy our drinks is now over 600 million people,” he says. We believe, as one company, we are in a much stronger position to grow.”

“We want to build on the best of both businesses – in key areas like sustainability, digital transformation and people – to drive growth and scale faster. We will also further strengthen our strategic relationships with The Coca-Cola Company and our other franchise partners.”

“We’ve developed a proven and successful playbook in Europe. We have a track record of creating value in developed markets – like Australia and New Zealand – through strong revenue growth management, route to market transformation and leading commercial capabilities.”

CCEP’s Chairman Sol Daurella adds that by bringing together two of the world’s best bottlers, Coca-Cola Europacific Partners can go further in pursuing a shared growth vision through a consumer-led portfolio and collaborative customer relationships.

“I am excited by the prospect of what we can learn from each other and the opportunity to grow our business this creates,” she says.

“We know how to create value for all our stakeholders by combining the strength and scale of a large, multinational business with an expert, local knowledge of the customers we serve and communities we support,” concludes Gammell.

Coca-Cola Great Britain is set to use 100 percent recycled PET (rPET) in all on-the-go bottles across its entire range starting this September. The move covers the... Read More