You are in : All News > Fear no beer: Finnish develop solution to “exploding” beer bottles 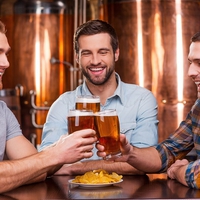 19 Aug 2019 --- Instances of exploding bottles and cans of beer are on the rise, reports the Technical Research Centre of Finland (VTT). The media has reported cases of severe injury due to a build-up of pressure in beer packaging, according to VTT. Scientists hope that these accidents will soon be a thing of the past thanks to an innovation that can genetically test for diastatic yeasts.

VTT cites diastatic yeasts as one of the most important and problematic contaminants in the brewing industry. The number of contaminations has increased during the past few years, particularly in smaller breweries, leading to exploding bottles and cans. Apart from being dangerous for consumers, these “diastatic” yeasts also cause loss of beer batches due to off-flavors, increased alcohol and over-carbonation in products.

Previously, one would have to combine the genetic test with a microbiological test, where the yeast is grown on special agar plates – a process that takes several days. The new method offers breweries savings in time because results can be achieved in hours instead of weeks, and also cost savings and a more reliable quality control. It also decreases the likelihood that beer batches are unnecessarily recalled from shops or discarded.Click to EnlargeA scientist at the fermentation unit at VTT.

“We don’t have an exact date for when this new technology will be available on the market, but we expect by next year because the test itself is quite straightforward,” Principal Scientist Brian Gibson tells FoodIngredientsFirst.

Current methods for identifying diastatic yeast
Diastatic yeasts cause problems in the brewing industry due to their ability to produce an enzyme that converts starch in beer into sugar, which is then fermented to alcohol and carbon dioxide. This is something normal brewing yeast doesn’t do.

“We talk about beer, but this genetic test can be applied to any fermented product which contains sugars or other carbohydrates,” says Gibson. “This contamination is relatively common. It does not usually result in anything as dramatic as an explosion, but it can lead to pressure build-up, so liquid may come too fast and spill onto your shirt, for example. Another issue is that the alcohol level can continue to rise after packaging in an unintended second fermentation. An increase in alcohol is obviously an issue for people who are interested in drinking a low-alcohol or non-alcoholic beverage for work, driving or being pregnant.”

Testing for the presence of the STA1 gene is a traditional method to detect this contaminant. However, not all strains with the gene are problematic. Breweries might get a positive result from the test, despite the yeast posing little risk. They might then unnecessarily discard beer that could still have been sold.

“The main mystery was that we had these harmless yeasts which are technically falling into this contaminant category,” says Gibson. Both regular brewing yeast and the problematic diastatic yeast belong to the Saccharomyces cerevisiae species, which makes their differentiation difficult.

However, the diastatic yeast carries an extra gene, STA1, which results in the diastatic enzyme and can be used for detection. The development of the advanced genetic analysis took about six months to develop.

“At VTT we have discovered why some strains with the gene are active, and therefore problematic, while others are not. The difference was due to a deletion in the promoter of the STA1 gene – in other words, the genetic sequence in front of the gene controlling how much the gene is expressed”, explains Research Scientist Kristoffer Krogerus from VTT.

The research results were published in the Journal of Applied Microbiology and Biotechnology.

06 Apr 2020 --- Eco-Products, a Novolex brand, has introduced compostable trays as the latest addition to its line of foodservice products, targeting grocery stores and food... Read More

16 Mar 2020 --- Food packaging plays a “high” and “critical” role in achieving a sustainable food supply chain, according to 100 percent of participants in... Read More

16 Mar 2020 --- As the food and beverage industry undergoes dramatic changes, brands and producers are questioning how packaging could evolve in the decades to come. Ali Kaylan,... Read More