You are in : All News > KHS arms Cameroonian beverage giant with PET line as African market thrives

06 Jan 2022 --- KHS has equipped Cameroonian beverage giant Union Camerounaise de Brasseries (UCB) with its first PET line for its new soda pop and water segment. UCB is also considering filling its beverages into cans, which would make it the country’s first brewery to operate its own can filling process.

The KHS PET line boasts a capacity of up to 20,000 bottles per hour and comprises a stretch blow molder or filler block, labeler, packaging machine and palletizing equipment.

UCB, based in the port of Douala, is reportedly the second biggest brewer on the Central African market. Its traditional King Beer and Kadji Beer and K44 brands UCB are especially popular in Cameroon.

Africa’s big opportunity
KHS indicates fast urbanization and a rapidly growing middle class are turning large swathes of the African continent into a dynamic market with great potential. “With their sales markets in North America and Europe stagnating or declining, this is something international breweries especially are profiting from and where they see new opportunities,” the company says.

In 2015, Deutsche Bank experts predicted more than a third of the growth in worldwide beer sales would be attributable to sub-Saharan Africa by 2025. Consumption is reportedly rising every year by 5%. 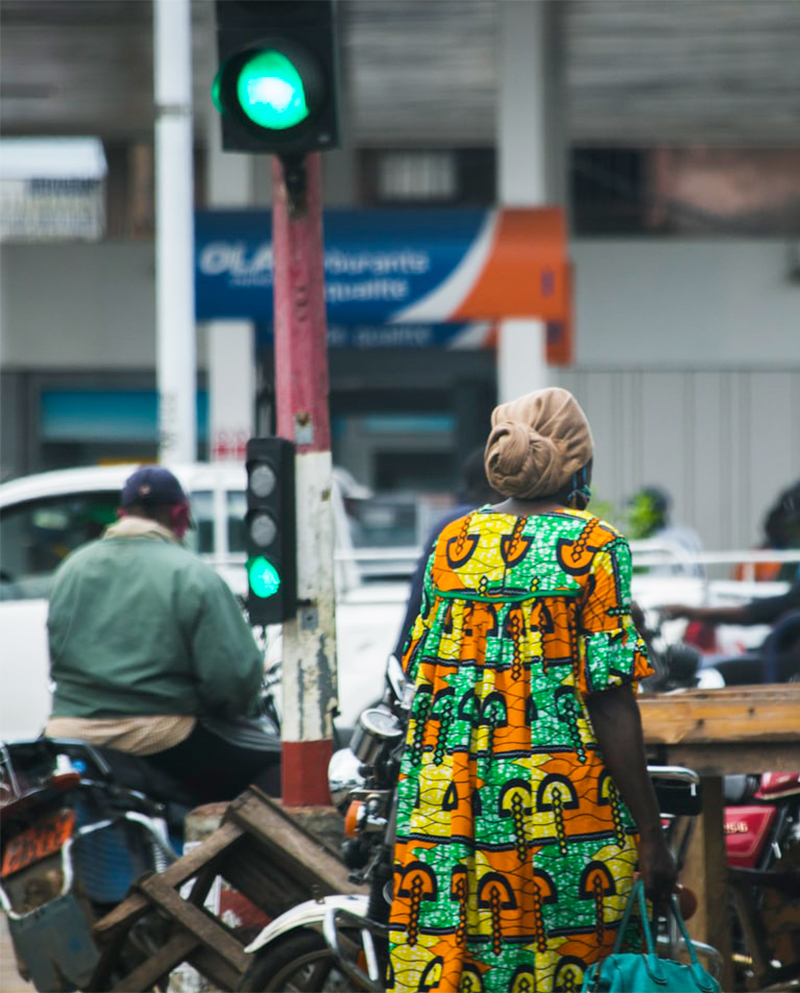 Cameroon’s gross domestic product has doubled in the last 15 years.

This trend is also evident in Cameroon, whose gross domestic product has more than doubled over the last 15 years. Local business UCB is competing with big international names in the nation’s expanding market.

Many other current KHS projects in Cameroon reinforce that the country is booming and steadily becoming an attractive market for the Dortmund systems supplier. In the past, the French-speaking countries of Africa imported a large percentage of their beverages.

However, more and more local retailers and bottlers are now asking themselves why they should ship beverages in from Europe when they could bottle them themselves in their region.

“Beer can be pasteurized in this type of container, meaning it keeps longer. What’s more, the glass acts as a CO₂ diffusion barrier, ensuring long-lasting quality on the shelf. Moreover, bar proprietors and owners of small stores find it of great benefit that the empties are collected from their properties.”

“Finally, for our part, we procure our bottles from a local glass factory that can also recycle glass. This [procurement] means this is a tried-and-tested and [environmentally] sustainable material for container manufacture on all counts.”

PET gains popularity
Meanwhile, PET has reportedly enjoyed a rise in popularity combined with carbonated soft drinks and water. However, Cameroon is not yet equipped with a bottle-to-bottle recycling system.

“At the moment, plastic bottles are merely pressed, shredded and sent to a PET materials manufacturer,” explains Defosso. “In view of their rapidly increasing use and the subsequent growing amount of plastic waste, the PET recycling process still needs to become established here.”

“Cans and kegs made of aluminum could be an alternative to this material but at present this is still a very small segment, albeit one that’s growing. This [alternative] is based on the premise that these containers are made locally, however. Cameroon needs to catch up here.”PET bottles are on the rise in Cameroon but bringing mounting pollution issues.

Plastic pollution mounts
As with most other parts of the world, plastic pollution is a growing concern in Cameroon. With the increased use of PET in the country, this plastic is particularly troublesome.

“We do have a few state regulations and levies in place, but they have very little impact. One major reason for this is, for example, that empty PET bottles are often reused for a totally different purpose, although there are repeated warnings not to do so,” continues Defosso.

“For the Kadji Group, which UCB is part of, the protection of the environment has a high priority. We’ve thus entered into partnerships with a number of startups that invest in PET recycling.”

“Among them is a company that makes schoolbags and pencil cases from recycled PET and another that presses and bundles returned bottles and sends them to recyclers in Europe.”

The Kadji Group also plans on building its own recycling plant soon. “PET is a great opportunity for the African market. After all, we all want to act sustainably,” concludes Defosso.

In October, we reported that Cameroonian authorities had intercepted a smuggling operation attempting to bring illegal non-biodegradable plastics into the country. Greenpeace Africa highlighted the incident as an example of corruption impeding efforts to improve environmental sustainability in packaging.

The KHS Group is one of the world’s leading manufacturers of filling and packaging systems for the beverage and liquid food industries. Besides the parent company (KHS GmbH) the group includes various subsidiaries outside Germany, with production sites in Ahmedabad (India), Waukesha (USA), Zinacantepec (Mexico), São Paulo (Brazil) and Kunshan (China). It also operates numerous sales and service centers worldwide. KHS manufactures modern filling and packaging systems for the high-capacity range at its headquarters in Dortmund, Germany, and at its factories in Bad Kreuznach, Kleve, Worms and Hamburg. The KHS Group is a wholly-owned subsidiary of the SDAX-listed Salzgitter AG corporation. In 2020 the KHS Group and its 5,085 employees achieved a turnover of around €1.130 billion.

With preferential heating KHS provides an energy-efficient method for producing oval PET bottles with an optimized weight. Not only the food industry but also consumer goods manufacturers such as Henkel are opting for this cutting-edge technology. It also enables complex containers to be economically produced in-house, with no need for external procurement. In using preferential heating Henkel improves its ecological footprint and simplifies its logistics and production processes. At its facility in Wassertrüdingen, Germany, the concern has now invested in a KHS stretch blow molder featuring the new technology for its Fa body care brand. Reducing the bottle weight while simultaneously increasing the percentage of recyclate used in the packaging were the key factors that influenced Henkel’s decision to buy.

Filling machinery in the packaging industry faces much of the same problems as any other area – raw material shortages, inflating prices, and late delivery times... Read More

Alpla has developed a new returnable PET bottle together with Vöslauer, an Austrian mineral water company. The bottle reduces carbon emissions by around 30% and... Read More

KHS Group experienced the “most successful year” in its history after a COVID-19 blip and is currently showcasing some of its environmentally sustainable... Read More

The KHS Group will be presenting its portfolio of modern filling technology and environmentally-friendly packaging systems at Anuga FoodTec in Cologne, Germany, later... Read More