You are in : All News > Malta becomes first Mediterranean island country to implement DRS

17 Nov 2022 --- Malta will become the “first-ever” Mediterranean island country to implement a deposit return scheme (DRS), motivated by the country’s high tourism and lack of recycling culture. Malta is joining 12 other European countries that currently have DRS in place.

The scheme launched on November 14 aims to generate cultural change among the county’s residents, creating wider enthusiasm surrounding recycling and in turn increasing its recycling rates.

“The Mediterranean region is not known to be the most disciplined place in the world when it comes to following the rules, so the DRS also brings a big cultural shift. We are proud of being the first Mediterranean country to take on this challenge,” says Edward Chetcuti, CEO of Beverage Container Refund Scheme (BCRS) Malta.

Sensoneo partnership
Learning new ways of recycling together is an essential message for the scheme’s creators. Currently, the country recycles less than 20% of single-use beverage containers but has a goal of reaching 90 % by 2026.

Malta is the first Mediterranean country to implement a DRS.Sensoneo is driving the DRS in Malta after its recent success implementing a DRS in Slovakia. Sensoneo is now “the first and only” company to provide a DRS IT solution in two countries.

“On one hand, Sensoneo can provide a quick go-to-market strategy because of the experience they already have, and on the other, they can rapidly adapt and evolve to the country’s specific needs. Those two things together are, in my opinion, invaluable to get DRS up and running in such a short period of time,” voices Chetcuti.

The company claims to be the backbone of the entire system as it integrates all stakeholders and gathers data from all sources within the process. At the same time, the BCRS, a licensed not-for-profit private operator in Malta, will be carrying out specific operations for the scheme.

Scheme specifics
The country has placed over 320 Reverse Vending Machines (RVM), of which over half are in shops and supermarkets. The DRS also includes 60 recycling hubs, 70 collection points in retail and over 3,500 registered products.

“A deposit of 0.10 euro (US$0.10) is added when buying beverages in single-use containers within the DRS scope. The scheme covers aluminum and steel cans, glass and PET bottles with a capacity between 0.1 and 3 liters. Dairy, juices, wine and alcoholic spirits exceeding 5.0 % alcohol by volume are not included in the scheme,” continues Chetcuti.

The country wanted to balance large supermarkets with RVMs and small retail shops without an RVM on site. To do so, a similar number of RVMs are also placed in public “recycling hubs.” 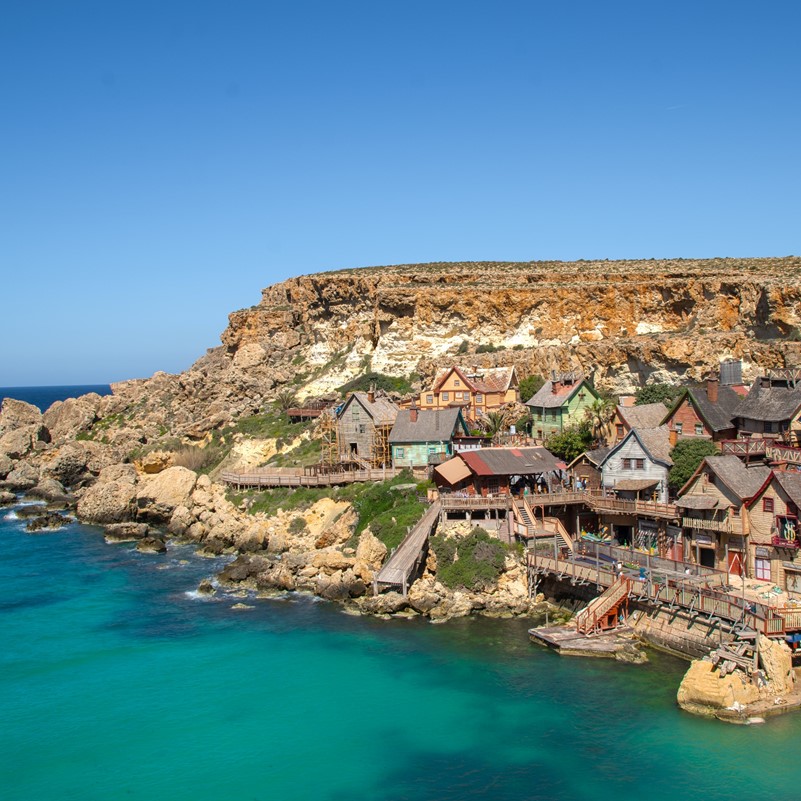 Malta’s officials want other Mediterranean countries to follow in its footsteps and implement DRS’ of their own.

Malta is divided into 68 localities, and there is a Public Recycling Hub RVM in almost every locality. The hubs can also be accessed by people that do not want to return empty containers to a supermarket.

Vouchers that are issued from these hubs can be redeemed from any registered retail outlet selling beverages across the country. Vouchers issued in a particular shop or supermarket can only be redeemed there, a standard system in most countries that implemented DRS.

DRS rules
The island country registers 517,000 inhabitants, with the summers bringing in tourists that often outnumber locals. Tourism is one of the reasons that led Malta to involve the hotel, restaurant and catering industry (HoReCa) and also to implement public recycling hubs.

“Although it is quite a small country, the population density, especially in the summer season, is very high. Therefore I believe it is smart to put RVM in almost every square kilometer, so it is as convenient as possible for people to return their cans and bottles,” says Peter Knaz, DRS and take-back systems division director at Sensoneo.

DRS’ are increasingly used across Europe as a means to boost public interest in recycling. With on-premises consumption, the establishment’s responsibility is to return the can or bottle to the operator to claim the deposit. In the case of takeaway service, the deposit is charged and this responsibility lies with the customer.

Hotels with a throughput above 500,000 containers a year have their own RVM to make the logistics chain more efficient.

Other schemes
Recently, Scotland came under fire for its new DRS to be implemented on August 16, 2023, which will differ from the rest of the UK with unclear parameters, leaving producers guessing the costs they will face.

In September, a Zero Waste Group report found that to improve circularity further and reduce associated GHG emissions, countries should boost their collection rates through DRS.

A Reward4Waste survey found that consumers strongly prefer a digitalized DRS as the UK’s four nations draw closer to implementing or updating their systems.

“Implementing DRS in Malta has been a very different experience, with different stakeholders on the market, public hubs and the strong role of the hospitality industry. It shows that DRS is suitable for any country regardless of its size or population and that the system is flexible and can be tailored to the needs of the given market,” concludes Knaz.

Constantia Flexibles calls on Europe to create clearer and more lenient parameters on recyclable materials so as to not limit innovation. The company is also asking the... Read More

Co-op is replacing all colored milk bottle caps from its skimmed, semi-skimmed and whole milk packaging with clear caps to reduce color contamination in the high-density... Read More