You are in : All News > Pacific nation set to become world’s first “plastic neutral” country

Timor-Leste has purchased breakthrough Australian chemical recycling technology that produces high-value feedstock from all plastics, with adoptions in UK, Germany and US to follow 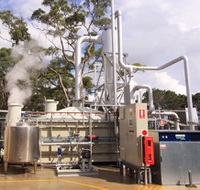 13 Jun 2019 --- The Government of Timor-Leste has signed a memorandum of understanding at the University of Sydney with Mura Technology for the development of a US$40 million chemical recycling plant. The plant uses breakthrough water-based chemical recycling technology developed in Australia known as Catalytic Hydrothermal Reactor (Cat-HTR), which is capable of converting all types of plastic into high-value feedstock.

Timor-Leste endeavors to become the first “plastics-neutral” country in the world by adopting this technology. This means that no used plastics will enter the environment as waste but will instead be recycled into new products.

Cat-HTR is a patented technology co-invented by Professor Thomas Maschmeyer of Licella Pty and the University of Sydney. The innovation’s unique, hydrothermal upgrading platform uses water under supercritical conditions in the presence of a catalyst to crack the carbon bonds that make-up plastic. This process creates shorter chain hydrocarbon products; in essence, returning end-of-life plastic back into the feedstocks from which is was made. 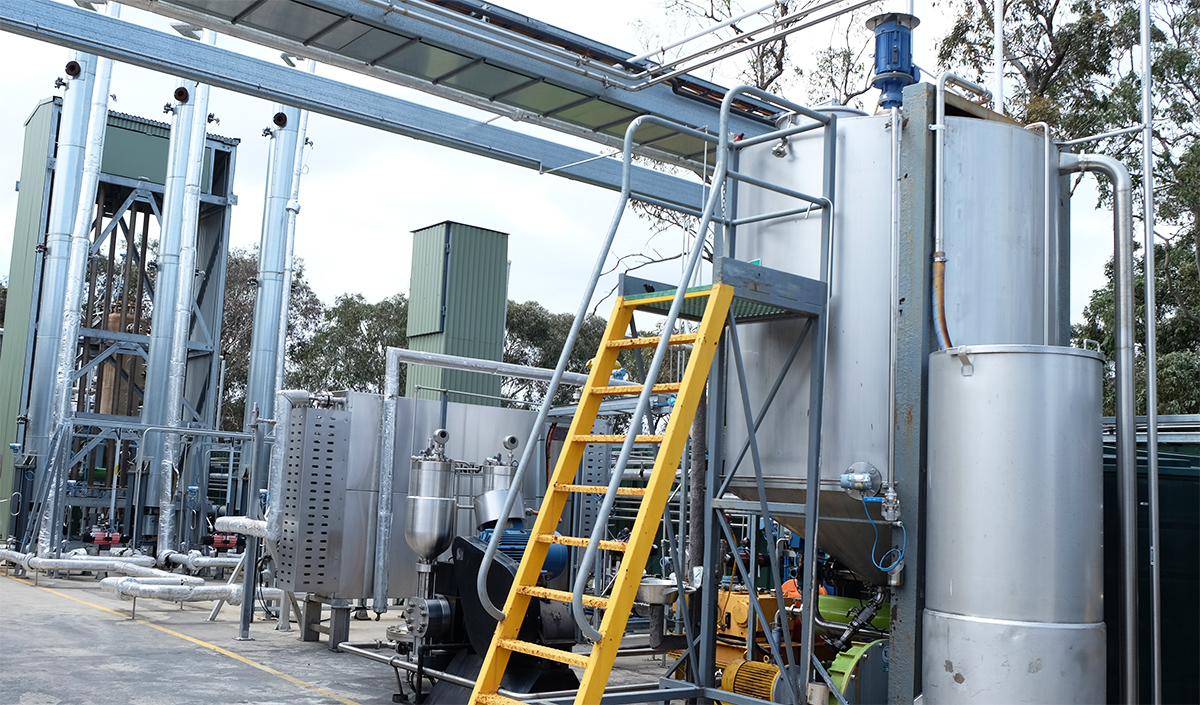 The Cat-HTR plant will help Timor-Leste to recycle its 67 daily tons of plastic into high-value feedstock. The Cat-HTR technology is now owned by UK-based Mura Technology. Mura Technology’s ambition is to establish a circular economy for plastics, which will see end-of-life plastics, such as single-use, or those that can no longer be manually recycled, chemically recycled into new plastics and other hydrocarbon products. Deployment of the Cat-HTR technology alongside traditional recycling methods will divert plastic away from incineration, landfill and the oceans.

Dr. Steve Mahon of Mura Technology tells PackagingInsights that Cat-HTR technology is capable of converting all types of plastic, but contamination can still occur from chlorine in some products.

“In principle, we can convert all plastics, but the old adage remains that what you put in influences what you get out. Many plastics contain fillers and dyes and we have no problem processing these. Being a water-based process, we have the advantage that many undesirable components, such as the Chlorine in PVC, will be separated in the water phase. However, some chlorine may still contaminate our products, and so we actively screen to remove PVC,” Mahon explains.

“The recyclate can be used to make the same range of products as virgin fossil oil. We will sell our recyclate into the petrochemical industry to be used as a feedstock for the manufacture of new plastics, waxes and as a low sulfur fuel,” he adds.

Mura Technology will assist in establishing the chemical recycling plant via a new not-for-profit organization, RESPECT, at no cost to the people of Timor-Leste. All financial surpluses from the plant will be returned to support community initiatives, as well as developing livelihoods for waste collectors.Plastic crude distillates processed through the Cat-HTR plant.

Mura, which developed the agreement with Timor-Leste, is a joint venture between Licella Holdings and Armstrong Energy of the UK. Plastic Oceans UK has recently signed a memorandum of collaboration with Mura.

Timor-Leste sits 550km north of Australia and has a population of 1.3 million. The country currently processes around 67 tons of plastic daily. With no clean running water, communities themselves can only ensure safe drinking through bottled water, which, when combined with imported waste plastic and no real landfill or incineration facilitation, results in plastic waste dumps on land and significant leakage into the oceans.

This greatly affects the quality of life in Timor-Leste, with people seeking to earn a living through retrieving plastic materials from the waste dumps to sell on. Mura sees plastic pollution as a global problem, but one which is particularly acute in impacting the ocean environment in South East Asia and Polynesia.

This is a concern echoed by the UN. Last month, a total of 187 countries voted to add hard-to-recycle plastic waste to the Basel Convention, a UN-led treaty that controls the movement of hazardous waste from one country to another. Exporters will now be required to obtain consent from recipient countries before shipping plastic waste that cannot be readily recycled. The vote is a strategy designed to curb the overwhelming buildup of plastic waste in Global South nations, particularly in Southeast Asia.

With global plastic production exceeding a reported 300 million tons each year, the Cat-HTR technology can provide a chemical recycling solution to avoid plastic waste ending up in oceans, soils, incinerators and landfill. 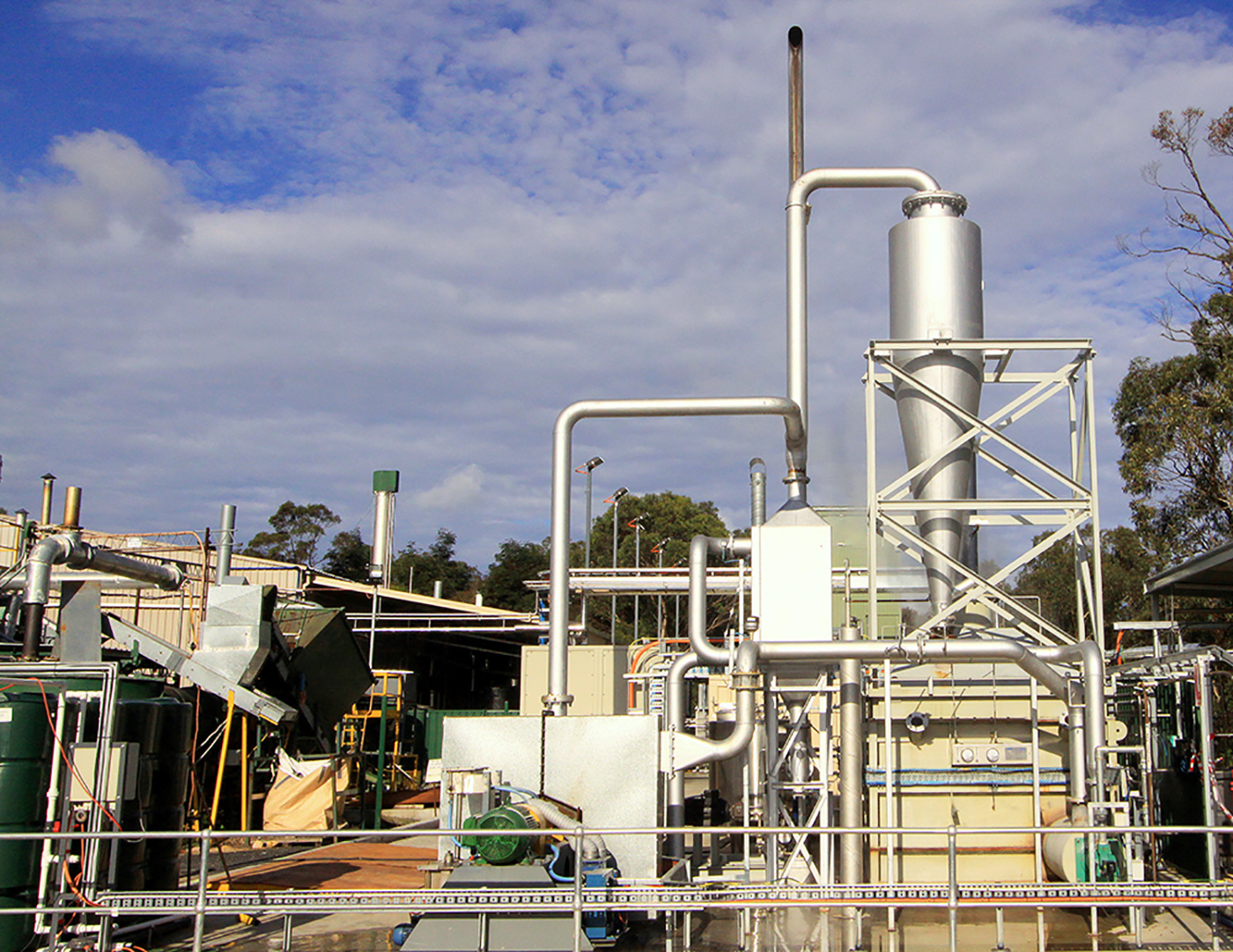 Further commercial rollouts of Cat-HTR technology are in the pipeline for the UK, Germany and US.

“Cat-HTR is much better equipped to handle plastic waste than the current systems in place as it converts all types of plastic waste into high-value products in only 20 minutes. This has multiple benefits, such as the reduction in costs for waste producers due to materials re-use, reduced landfill and less plastic in our oceans,” notes Dr. Len Humphreys, Co-Founder and CEO of Licella.

“This will be a really valuable program, not just for the people of Timor-Leste, but also because the knowledge and technologies can be shared with other countries and islands globally,” adds Jo Ruxton, CEO of Plastic Oceans Foundation UK.

Mahon also tells PackagingInsights that there are advanced plans to build the first commercial Cat-HTR plant in the UK in partnership with ReNew ELP. This site will process over 20,000 tons per annum of mixed waste plastics that would otherwise be incinerated or landfilled. There are also teams developing further commercial projects in Germany and the US.

“Our technology can radically impact the recycling of plastic waste. The awareness of the problem of plastic pollution has never been higher. Our goal is to deploy our technology around the globe and divert currently unrecyclable plastics away from oceans and landfill. Most plastics are used only once – our process can make waste plastic a valuable resource that can be used many times over and thus change the behavior of all consumers,” Mahon concludes.

Mura Technology has received an investment from Dow to fortify the duo’s partnership in furthering accessibility to advanced plastic recycling in the US and... Read More

Recycling Technologies enters into administration: What next for advanced recycling?

British advanced recycling company Recycling Technologies has gone into administration after failing to secure adequate funds to continue its operations. The... Read More

SIG is launching “Recycle for Good” in Egypt – an initiative for the collection of used aseptic cartons with its partner Tagaddod. The initiative... Read More

Conducting life cycle analyses (LCA) are crucial for companies to back up their labeling claims with scientific objectivity. However, the market shows evidence that some... Read More