You are in : All News > Plastic pollution promises: UN members agree to legally binding treaty, but are implementation problems ahead?

03 Mar 2022 --- UN member states have unanimously agreed to develop a legally binding treaty to end plastic pollution at this week’s UN Environment Assembly (UNEA 5.2) in Nairobi, Kenya. However, as negotiations on the terms of this historic treaty commence, divisions are forming between environmental NGOs and industry bodies around the flexibility of its implementation.

Significantly, the treaty will address the entire lifecycle of plastics from production to disposal. At the same time, the legally binding nature of the agreement has received widespread praise from NGOs through to plastic and chemical industry associations.

The International Council of Chemical Associations (ICCA) applauds “the broad mandate of the resolution for providing governments with the flexibility to identify binding and voluntary measures across the full lifecycle of plastics while recognizing there is no single approach to solving this global challenge.” However, NGOs are concerned the mandate’s broadness may lead to potential loopholes that undermine the treaty’s purpose.

“We urgently need a global treaty to combat the waves of plastic being pumped out each year, but it must be delivered without delay, and with hard-hitting measures which will dramatically reduce this toxic, indestructible material at source,” Sian Sutherland, co-founder at A Plastic Planet, tells PackagingInsights.

“We’ve seen with the numerous industry pacts and pledges that they sound good on paper but crucially lack the action needed to turn off the plastic tap. If a global treaty on plastic pollution is to be a success, it must avoid falling into this trap.”GAIA and other members of the Break Free from Plastic movement are heralding the treaty as a huge win for the environment and activists.

The mandate is “open,” meaning the negotiators may introduce new topics they consider relevant. The Global Alliance for Incinerator Alternatives (GAIA) says this flexibility is important to bring in issues that were not fully addressed during the UNEA 5.2 negotiations, like climate change, toxic chemicals and human health.

Meanwhile, GAIA warns that voluntary actions can complement mandatory measures but must not replace them. The treaty will be accompanied by financial and technical support, including a scientific body to advise it, and potentially a dedicated global fund.

“This [infrastructure] gap needs to be filled for many nations, and the allocation of these resources is a huge but not insurmountable challenge given the success of previous treaties, such as the elimination of chlorofluorocarbon gasses,” he tells PackagingInsights.

Kosior says linking producer responsibility to products sold to consumers will incentivize more environmentally sustainable packaging and boost demand for recycled content in many countries.The treaty will address the entire lifecycle of plastics, bringing production into the spotlight.

“Although recycled materials may not be cheaper than virgin fossil-fuel plastics, this is only because the cost of appropriate end-of-life treatment has not so far been taken into account. Eventually, we will change our dig-use-discard approach globally since it will be cheaper to recover material with simple and complex technology and innovations in design,” he explains.

“Increasing the cost-competitiveness of recycled plastic requires the discipline and compulsion provided by legally binding treaties.”

However, as Sutherlands highlights, it only takes one UN member to dissent and the entire treaty will be compromised. “It’s worth looking closely now to determine who that might be and their motives,” she says.

Fierce resistance expected
According to the mandate, the treaty will tackle the whole lifecycle of plastic – not only post-consumer waste. GAIA says this decision represents a critical shift in international policymakers’ approach to the crisis, which previously focused on plastic as a “marine litter” issue.

Notably, the mandate recommends measures to tackle plastic production, which is slated to almost quadruple by 2050 and take up 10-13% of the global carbon budget in a business-as-usual scenario.

“It is promising that the mandate will look at plastic across its entire lifecycle, shifting us away from problematic end-of-pipe interventions like waste incineration, and instead address the issue further upstream in its production phase,” says Niven Reddy, GAIA’s Africa coordinator.

“The strong mandate coming out of UNEA 5.2 is a reflection of both how quickly the plastics crisis is escalating and how powerful the citizen-powered movement to combat it has become,” adds Dr. Neil Tangri, GAIA’s science and policy director.The treaty marks the first time waste pickers have been acknowledged in an environmental resolution.

“While there is still a lot to be done to translate that commitment into tangible reality, and we expect fierce resistance from the petrochemical industry, this represents an enormous leap forward.”

Meanwhile, a British Plastics Federation spokesperson tells PackagingInsights that the plastics industry shares the common goal of tackling mismanaged plastic waste and supports the idea of an international treaty.

“Plastic is extremely resource-efficient and versatile and plays a key role in reducing carbon emissions, so any agreement needs to be evidence-led to ensure it is the best choice for the environment,” they add.

Waste picker recognition
In what GAIA calls a “stunning turn of events,” waste picker advocates successfully pushed for the formal inclusion of waste pickers in the treaty text, marking the first time that the role of waste pickers has been acknowledged in an environmental resolution.

“It’s particularly notable that waste pickers, a population that is commonly marginalized, have made such an impact here and nations will be looking to them as partners to solve the plastic crisis,” says Tangri.

“Now we will be working hard to prevent backsliding and industry attempts to insert false solutions, such as so-called chemical ‘recycling’ and plastic neutrality claims into the treaty process.”

“In reference to plastic, countries, governments and communities have the opportunity to recognize the human value of the waste pickers,” adds Silvio Ruiz of Red Lacre. 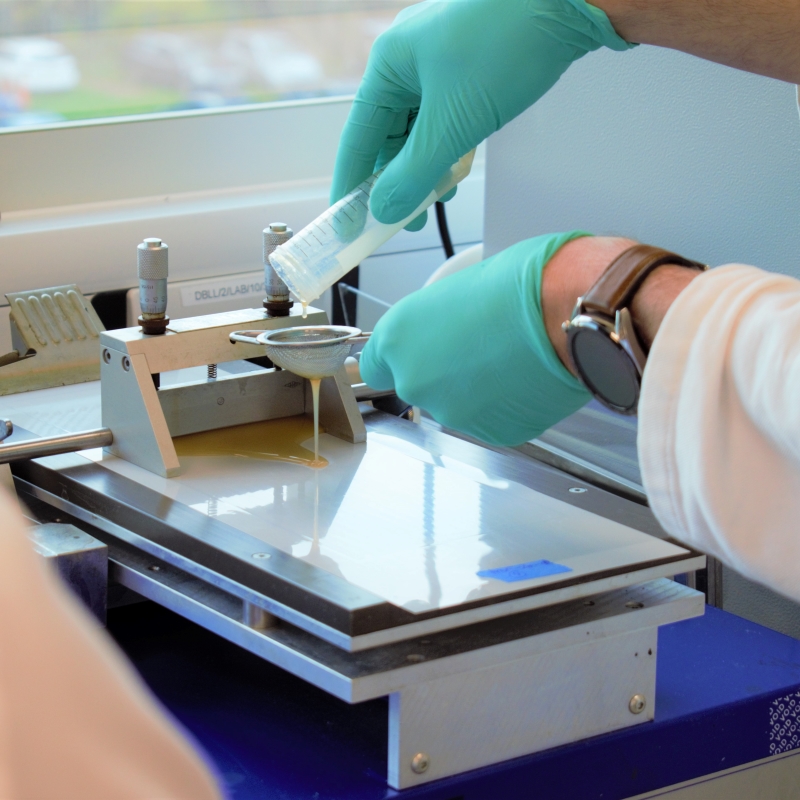 Bio-based innovators see the treaty as an opportunity to reduce dependency on petrochemical plastics.

Bio-based boost
Meanwhile, bio-based packaging suppliers are welcoming the mandate and its focus on the entire lifecycle of materials. Cambridge University spin-off and inventor of a plant-based material mimicking spider silk, Xampla, argues the treaty could “wean us off” recycling dependency.

“Recycling doesn’t work – only 9% of the plastic produced on this planet has ever been recycled,” Simon Hombersley, Xampla’s CEO, tells PackagingInsights.

“Companies such as Xampla have solutions to plastic pollution, but the commercial and regulatory drivers in this sector are confused and contradictory, preventing solutions from coming to market.”

“A binding treaty between nations and alignment by the major global customers for plastic will be a huge achievement, and will enable the transition away from polluting materials to materials such as ours that cause no harm to the planet at any stage in production, use, or end-of-life.”

WWF has referred to the mandate as the most significant environmental action since the 1989 Montreal Protocol, which effectively phased out ozone-depleting substances.