You are in : All News > Single use plastic ban called into question: UK firm launches legal action against the EU

12 Jan 2021 --- Symphony Environmental Technologies (Symphony) is suing the EU for damages relating to the ban imposed through Article 5 of the Single Use Plastics Directive (SUPD) on “oxo-degradable” plastics for failing to make clear the ban does not apply to “oxo-biodegradable” plastics.

Symphony’s deputy chairman, Michael Stephen, a former barrister and UK MP, informs PackagingInsights the legal papers were served on the EU on 7 January, 2021 and accepted by the General Court of the EU. The EU has until 7 March, 2021 to serve its defense.

“We are seeking damages, which could run into tens of millions of Euros, if the EU does not make it clear the ban does not apply to oxo-biodegradable plastic,” explains Stephen.

The British plastics additives and masterbatches specialist says it has been advised by three barristers, all experts in EU law, that Article 5 is “illegal,” and the UK is not legally obliged to implement the SUPD.

Symphony's d2w technology is oxo-biodegradable, causing ordinary plastic to biodegrade if it gets into the open environment and enabling reuse and recycling if collected during its service life.

The oxo-biodegradable technology has been validated for degradability, biodegradability, recyclability, and non-toxicity by 40 years of research, most recently by scientists at Queen Mary University, London, UK, and LOMIC (Laboratory of Microbial Oceanography) in France, in February and October, 2020 respectively.

“The [Symphony] Board has not decided lightly to take this court action, but the way the EU has behaved and the resultant confusion and damage to our business are unacceptable,” continues Stephen.

“We will not accept restraint of trade without due process, non-discrimination, proportionality, and scientific justification, and we are claiming compensation under Article 340 of the Treaty on the Functioning of the EU.”

Arbitrary microplastic action unavoided?
Symphony points to the EU’s well-established procedure, set out in the REACH Regulation, for determining whether substances should be banned. This procedure was designed to avoid arbitrary action, which Symphony believes has occurred in this case.

On 22 December, 2017, the EU Commission requested the European Chemicals Agency (ECHA) under Article 69 of REACH to investigate its concerns regarding microplastics.

The Commission then made what Symphony refers to as “the extraordinary decision” on 8 May 2019, to terminate ECHA's investigation. The EU proceeded to impose a ban effective from 3 July, 2021, citing microplastics as a reason.

Symphony maintains the Commission “ignored the advice of ECHA – their own scientific experts – [when] never before has an ECHA investigation been circumvented by legislation.”

Stephen explains that oxo-biodegradation plastic degrades by oxidation until its molecular weight is low enough to be accessible to bacteria and fungi, who then recycle it back into nature by cell-mediated phenomena. These plastics are tested according to BS 8472 or ASTM D6954.

“The EU has chosen not to use these definitions but created its own definition in the SUPD, which has confused many people into thinking that Article 5 applies to oxo-biodegradable plastic. We see this as a deliberate choice as a result of lobbying.”

Symphony blames lobbying
Symphony's CEO, Michael Laurier, claims the EU’s failure to distinguish between oxo-degradable and oxo-biodegradable plastics is the result of “a very ugly maneuver in Brussels.”

Laurier adds that the Bromine Science Environmental Forum (BSEF) is similarly suing the EU for an “unprecedented and unwarranted restriction” on their products.

“It seems the EU has become so arrogant, and lobbyists in Brussels so powerful, they think they can do whatever they please,” says Laurier.

Who stands to gain from Article 5 and allegedly confused definitions of “oxo-degradable” and “oxo-biodegradable” plastics? According to Stephen, mainly the compostable plastics industry.

“It is becoming obvious ‘compostable’ plastic is an expensive irrelevance, as it does not convert into compost, and does not tackle the main problem with plastic i.e., litter in the open environment,” he tells PackagingInsights.

“By contrast, oxo-biodegradable plastic is specifically designed to biodegrade in the open environment, and they [the compostable plastic industry] see it (incorrectly in our view) as a threat to their market share.”

“The only biodegradable plastic they want to see on the European market is their own type of plastic. This is very serious for the environment as they are trying to deprive policymakers and users of the only option for dealing with plastic litter, which cannot be collected for recycling, composting or anything else.” 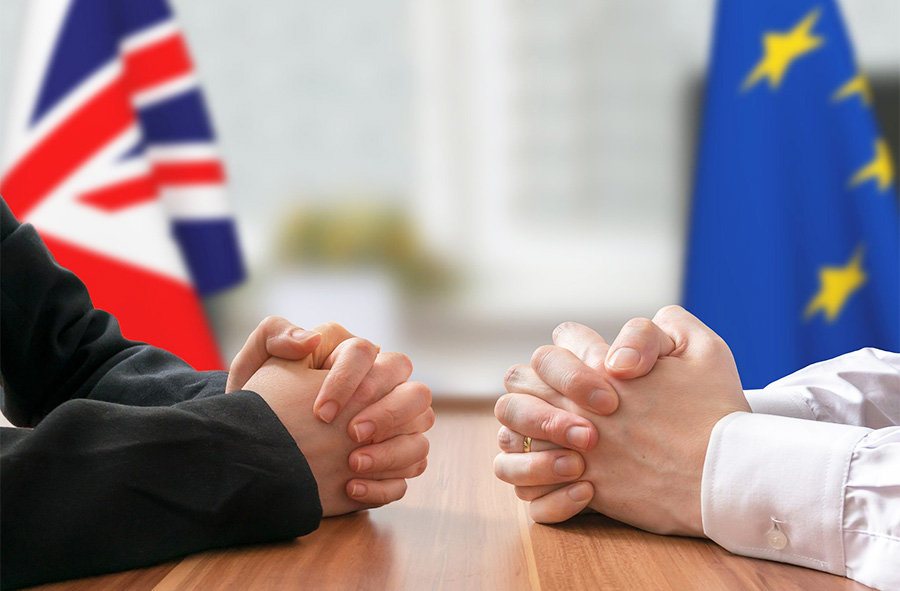 Symphony has been advised by barrister Article 5 is “illegal” and the UK is not legally obliged to implement the SUPD.

Symphony has submitted evidence to the UK government and other devolved governments to establish that a ban on oxo-biodegradable plastics is unjust.

Meanwhile, the company illustrates that its d2p business is “not directly affected” by the SUPD. Its d2p technology is applicable to various products, including technologies that give plastic, rubber and silicon antibacterial and antiviral properties, and seen as an increasingly important part of Symphony's overall business.

“The EU fails to acknowledge that the billions of persistent microplastics in the open environment, including the oceans, are actually coming from the fragmentation of ordinary and bio-based plastics which have not been upgraded with Symphony's oxo-biodegradable technology,” concludes Laurier.

Planet Reuse, a network for accelerating the implementation and scaling of reusable packaging models, has been officially launched. First conceptualized by the... Read More

Walki has expanded its paper-based packaging solutions with the addition of printable drinking straws and recyclable materials for frozen foods. Dudley Jones, head of... Read More