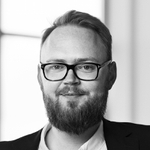 PackagingInsights sits down with Stephen Croskrey, Danimer Scientific CEO, after the PHA bioplastic leader lists on the New York Stock Exchange. The company’s signature polymer, Nodax PHA, is a 100 percent biodegradable and renewable bioplastic produced using canola oil as a primary feedstock. It is also the first PHA polymer certified as marine degradable. Danimer Scientific is currently producing Nodax at commercial scale from its facility in Winchester, Kentucky, US, and partnering with key manufacturers such as PepsiCo, Nestlé, Bacardi and Columbia Packaging as they introduce biodegradable alternatives to straws, food and beverage containers and flexible packaging. Croskrey outlines how Danimer Scientific is sold out of all production and planning to use its increased capital to significantly increase production to meet its customer’s long-term demand.

Displaying Results for : Latest Videos | All

In this exclusive interview with PackagingInsights, Paul Foulkes-Arellano discusses how a paradigm shift in the packaging sector could be coming in the next decades. Harmful chemicals could be replaced by benign biological solutions across the value chain, he explains, and we look at the hurdles the industry... Read More

CurTec presented its high-performance packaging for high-value materials at CPHI. We speak with CurTec’s marketing and communications manager, Marc Martens, about the packaging’s cross-industry suitability, its material compositions and recyclability. We also discuss CurTec’s packaging from recycled... Read More

Bormioli Pharma presented its Ecopostive packaging range at CPHI 2022. We speak with Andrea Lodetti, the company’s CEO, about the packaging portfolio and its circularity. We also discuss Bormioli Pharma’s latest and most environmentally sustainable packaging solution, made from recycled PET.

Syntegon presented its new capsule-filling machine, branded GKF 60, at CPHI 2022. We discuss the machine’s broad product applicability and how it differs from existing solutions with Philipp Stadel, area sales manager at Syntegon. We also talk about current R&D trends in the capsule-filling market and how... Read More

Sealed Air at CPHI 2022: Providing solutions to the biopharmaceutical market

Sealed Air presented its primary packaging for pharmaceutical and medical devices at the CPHI trade show in Frankfurt, Germany. We discussed the packaging solutions, as well as recent supply chain pressure and its implications for the industry with Roberto Righetti, the company’s European business... Read More

London Packaging Week: Simply Carton delves into using board and its benefits for the planet

Phil Marklew, sales director at Simply Carton, tells PackagingInsights about environmental sustainability being the main trend due to its high presence in the news, encouraging people to help. He taps into product development and says that the company thinks about materials, processes and how production can... Read More

Anthony Park, key account manager at YonWoo, says that even though the company mainly focuses on plastic items it also offers glass packaging. He explains that the company contributes to environmental sustainability through recycling and reusability while emphasizing that brands are still looking at premium... Read More

At London Packaging Week 2022, Karl Heggarty, head of global sales at Sirane, discussed how the compostable packaging innovator has advanced its fiber-based Earthpouch with the option for a translucent window that allows consumers to see inside the packaging. Sirane offers customers a fulfillment service for... Read More

Bernhard Cantzler, head of marketing and innovation at Mondi, tells PackagingInsights about the consumer interest and demand for the unboxing experience and sustainability. He says that using pergraphica allows the company to meet both of those demands simultaneously as the paper is C02 neutral, achieved by... Read More

Schubert presented its Flex-packer machine for packing products into a tray and pre-grouping them with the help of robots at FachPack 2022. The company also showcased the carrybots robot for product transportation and its part-box, a distributed manufacturing system consisting of Schubert’s 3D printer and a... Read More

We speak with Holger Alvensleben, the sales director for flexibles at Selig Group, about the company’s monomaterial and recyclable sealing products. We discuss the company’s latest innovations and how it deals with industry-wide supply chain challenges and price rises.

At FachPack 2022, we discussed how fiber-based food packaging contributes to a circular economy and how it compares to other materials with Jindrich Strobl, Huhtamaki’s senior manager sales dehydrated, confectionary, fresh and dairy. We also talk about the criteria packaging needs to fulfill to be food-safe... Read More

Coveris says it is determined to combat food waste by developing shelf-life-extending packaging and educating consumers. At FachPack 2022 in Nuremberg, Germany, we speak with the company’s UK food and consumer goods director about how preventing spoilage should be the central task of packaging design. Mercer... Read More

At FachPack 2022 in Nuremberg, Germany, Greiner Packaging’s global marketing and innovation director Jörg Sabo discusses the company’s emphasis on reducing, recycling and reusing in the packaging sector. He explains how these methods can help industry deal with material shortages and rising energy costs... Read More

«12345...14»
x
The current window is too small to properly display this website. Please consider resizing your browser window.