You are in : All News > Bacterium eats and digests PE in seawater, find Dutch researchers

24 Jan 2023 --- Research from the Royal Netherlands Institute for Sea Research (NIOZ) has found that the bacterium Rhodococcus ruber eats and digests plastic. Study author Maaike Goudriaan says the findings are not a potential solution for the world’s plastic pollution issues but explain where the “missing plastic” has gone.

The study used plastic in artificial seawater in a laboratory, and Goudriaan calculated that bacteria could break down about 1% of the fed plastic per year into CO2 and other “harmless” substances.

Goudriaan had a special plastic manufactured especially for the experiments with a distinct form of carbon (c13) in it. When she fed the plastic to bacteria after pretreatment with artificial sunlight from a UV lamp in a bottle of simulated seawater, she saw that a special version of carbon appeared as CO2 above the water.

“The treatment with UV light was necessary because we already know that sunlight partially breaks down plastic into bite-sized chunks for bacteria,” Goudriaan explains.

“This is the first time we have proven in this way that bacteria digest plastic into CO2 and other molecules,” Goudriaan states. Researchers already knew that the bacterium Rhodococcus ruber could form a so-called biofilm on plastic in nature. It has also been measured that plastic disappears under that biofilm. “But now we have really demonstrated that the bacteria actually digest the plastic.”

Plastic-eating Rhodococcus rubber shows promise for breaking down plastic waste. The research is published in the journal Marine Pollution Bulletin.

Underestimated calculations?
Goudriaan says that the 1% calculation of plastic broken down by bacteria is likely underestimated. “We only measured the amount of carbon-13 in CO2, not in the other breakdown products of the plastic. There will certainly be c13 in several other molecules, but it’s hard to say what part of that was broken down by the UV light and what part was digested by the bacteria,” she explains.

Despite Goudriaan saying she is “very excited” about the plastic-eating bacteria, she stresses that microbial digestion is not a solution to global ocean plastic pollution.

“These experiments are mainly a proof of principle. I see it as one piece of the jigsaw in the issue of where all the plastic that disappears into the oceans stays. If you try to trace all our waste, a lot of plastic is lost. Digestion by bacteria could possibly provide part of the explanation.”

To discover whether other “wild” types of bacteria also eat plastic requires follow-up research. Goudriaan already did some pilot experiments with real sea water and some sediment that she had collected from the Wadden Sea floor in the Netherlands.

“The first results of these experiments hint at plastic being degraded, even in nature,” she says. “A new Ph.D. student will have to continue that work. Ultimately, of course, you hope to calculate how much plastic in the oceans really is degraded by bacteria. But much better than cleaning up is prevention. And only we humans can do that,” Goudriaan says.

Sunlight pulps plastic
Recently, Goudriaan’s colleague Annalisa Delre published a paper showing that sunlight breaks down plastics on the ocean’s surfaces. Floating microplastic is degraded into smaller, invisible nanoplastic particles that spread across the entire water column and to compounds that bacteria can completely break down.

The findings were shown by experiments in the laboratory of NIOZ on Texel island, Netherlands. 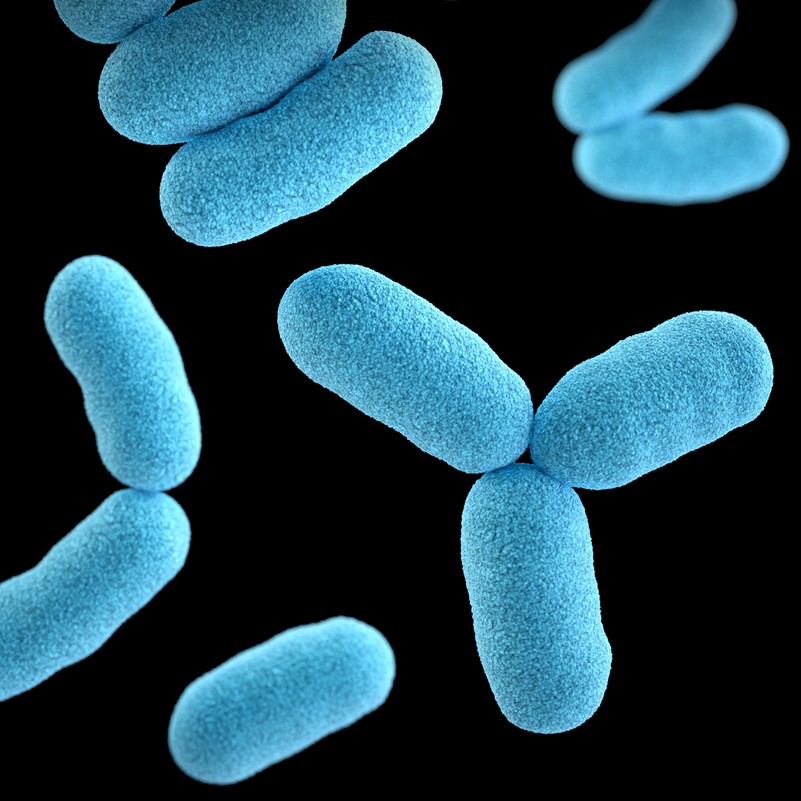 -Delre and colleagues also calculated that roughly 2% of visibly floating plastic might disappear from the ocean surface in this way each year. “This may seem small, but year after year, this adds up. Our data show that sunlight could thus have degraded a substantial amount of all the floating plastic that has been littered into the oceans since the 1950s,” says Delre.

Evolution of plastic-degrading enzymes
Research from last year found that the global environment is naturally producing an increasing number of microbial enzymes that can degrade plastic waste as pollution levels continue to rise.

“Using our models, we found multiple lines of evidence supporting the fact that the global microbiome’s plastic-degrading potential correlates strongly with measurements of environmental plastic pollution a significant demonstration of how the environment is responding to the pressures we are placing on it,” said Aleksej Zelezniak, associate professor in systems biology at the Chalmers University of Technology in Sweden.

Despite Goudriaan asserting that plastic-degrading bacteria are not an answer to global plastic pollution, some industry players are trying to leverage such research to develop waste management strategies.

US-based Protein Evolution, for example, has established what it says is the world’s first enzymatic plastic recycling business, landing initial funding of US$20 million. The group couples artificial intelligence (AI) with synthetic biology and maps tens of millions of enzymes capable of transforming plastic waste into reusable chemicals.

Researchers at the Center for Biological Research (CIB) in Spain have discovered that the saliva of wax worm species contains enzymes that are able to degrade plastics.... Read More

Researchers at the University of Queensland, Australia, have discovered a species of worm with an appetite for polystyrene, highlighting they could be the key to plastic... Read More

The global environment is naturally producing an increasing number of microbial enzymes that can degrade plastic waste as pollution levels continue to rise, a new study... Read More