You are in : All News > Boris Johnson’s recycling “doesn’t work” comments enflame plastics debate ahead of COP26

26 Oct 2021 --- UK Prime minister Boris Johnson has riled up the plastics recycling industry ahead of the COP26 climate change summit by claiming plastics recycling “doesn’t work” and “doesn’t begin to address the [pollution] problem.” Johnson suggests “we’ve all got to cut down our use of plastic” instead.

The comments – given in response to children’s questions at a special event organized by Downing Street – have irked many in the recycling industry. The Recycling Association’s CEO Simon Ellin says the Prime minister has “completely lost the plastic plot.”

Meanwhile, Nextek founder Edward Kosior questioned whether Johnson had lost sight of The Department of Environment’s (Defra) 25-year plan to reduce waste through recycling, reduction and reuse. “What does the gap between government policy and the Prime minister’s blunt remarks tell those of us working in the recycling sector?” he questions.

Kosior also echoes widespread concerns that Johnson has failed to communicate plastics’ benefits in the fight against climate change, ironically as the Prime minister speaks before COP26. “Plastics are a key part of preserving food, which represents a large carbon footprint loss if these foods are spoiled or contaminated,” he highlights.

However, like A Plastic Planet’s chief change maker Sian Sutherland, anti-plastic advocates welcome Johnson’s opinions. “You can rely on Boris to stir up a controversy, and he certainly has by telling the truth and popping the myth bubble that recycling is the solution to our plastic crisis,” she tells PackagingInsights.

Does Johnson have a point?
The UK prime minister elaborated that it would be “a mistake to think society can recycle its way out of the plastic pollution problem.” This is a fair claim for Kosior – who is leading Nextek’s Nextloopp project for mechanically recycling post-consumer polypropylene into food-grade packaging.The Ellen MacArthur Foundation says only 14% of all plastic packaging is collected for recycling worldwide.

“We have and need multiple ways of addressing how we use and reuse packaging rather than the old linear model of use and discard. A lot of innovation in substitution, reuse, refill, recovery of carbon content and energy recovery is happening right now to address the problem,” he tells PackagingInsights.

“Of course, we need to minimize the use of plastic where we can and prevent it from polluting the environment,” agrees Ellin, adding that “we also need to recognize plastic is a very useful product. We don’t want glass bleach bottles, for example.”

Sutherland – who co-founded A Plastic Planet to advocate for complete eradication of plastic from FMCG packaging – gives Johnson her full support. “We have been swallowing this convenient little guilt-appeasing pill for decades, and recycling rates for plastic remain dismally low,” she stresses.

“We [the UK] export over 60% of our plastic rubbish to other countries, a practice that A Plastic Planet has been pushing for strong legislation on since 2018. Shame on Europe and the US for still being the biggest exporters of the detritus of our wasteful lifestyles.”

According to the Ellen MacArthur Foundation, only 14% of all plastic packaging is collected for recycling worldwide.

“The 14% collected for recycling is not even the percentage recycled,” points out Sutherland. “And as Boris rightly says, recycled once or twice. And then what? Back in the bin, back to the incinerator/landfill/export container destined for someone else to deal with?”

The bigger picture
According to the United Nations Food and Agriculture Organization, if food waste was a country, it would be the world’s third-biggest greenhouse gas emitter behind China and the US. Plastic advocates maintain plastic is a vital tool in mitigating food waste and reversing climate change.

“I agree with the concept of reducing plastic packaging. Where we do not need to create excess waste, we should not do it,” reiterates Ellin. “Realistically, though, packaging has many benefits in protecting food and other products from damage. With food especially, packaging can extend the product life and, when you take the entire lifecycle into account, can be more beneficial than not being there.” 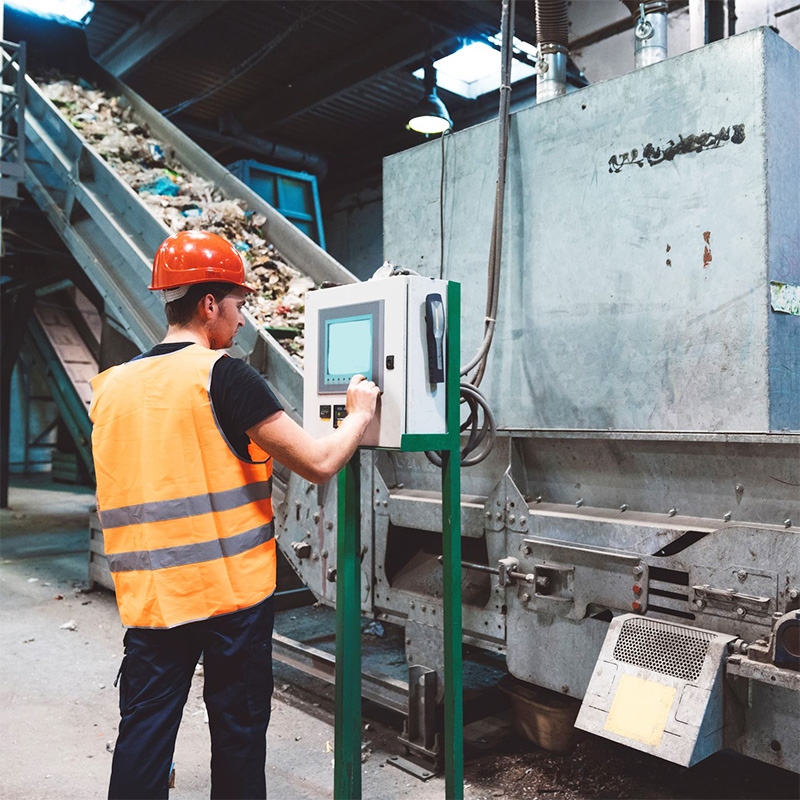 “We also need to be careful we don’t replace plastic with other products that on the surface look environmentally friendly, yet the overall benefits are not as strong,” he tells PackagingInsights.

“Plastics are a key part of preserving food, which represents a large carbon footprint loss if these foods are spoiled or contaminated,” supports Kosior. “This is where collection and recycling play a vital role, and this needs to be expanded. All changes should be based on science CO2e metrics rather than marketing appeal to consumers.”

Kosior points out that every metric ton of recycled plastic saves 1-1.5 metric tons of CO2e by avoiding virgin plastics production and disposal.

“At the same time, the government has voted down a bill to limit discharges of untreated sewage into rivers, which end up dumping plastics and other matter into rivers, demonstrating a lack of ‘big picture’ thinking on waste management,” he adds.

According to the British Plastics Federation (BPF), the plastics industry employs 180,000 people, including recyclers, who “should be proud of the vital role they play in delivering an innovative, low carbon, modern economy.”

Sutherland, however, is not convinced by the food waste and climate change arguments. “We need to wake up to the irrefutable fact that plastic is the canary in the climate crisis coal mine,” she asserts.

“Every ton of plastic creates five tons of Co2. A new report from WRAP also shows us plastic packaging does not reduce domestic food waste – another myth busted. Long supply chains bringing in non-seasonal food are the problem we need to address.”

Ennis believes the government has to take some responsibility for poor recycling rates, as do the companies manufacturing and selling plastic products. On the latter point, some common ground can be found with Johnson. The Prime minister criticized Coca-Cola for “producing the overwhelming bulk of the world’s plastics.”

“In the Environment Bill and Resources & Waste Strategy, the government is putting measures in place that will mean those who produce the material have to make it easier for the public to recycle it. The biggest barrier to recycling is poor design,” notes Ennis.

Meanwhile, Kosior says the task for all governments is to establish effective waste management first of all. Recycling businesses can then join in on recovering the resources for multiple reuses. “Brand owners have a major responsibility to make their packaging effectively recyclable to the correct level, not just notionally recyclable,” he says.

“The idea that ‘recycling doesn’t work’ is clearly wrong, as it is working with greater effectiveness in the UK and EU. The target of 70% of all packaging being recycled by 2025 is well within reach with 67% recycled last year.”

“Of course recycling works, and there are plastic recycling facilities here and abroad that prove that. I’d be happy to show him [Johnson] around one of those,” adds Ellin.

The UK government plans to introduce a plastic packaging tax in April 2022, enforcing a £200 (US$275) per metric ton tax rate for plastic packaging containing less than 30% recycled plastic produced or imported into the UK.

Avantium is calling for increased collaborations between industry, scientists and policymakers to boost the availability of biofuel and biomaterials amid the energy... Read More

With stringent legislative targets set for recycling, recycled content and recyclability in packaging, the industry is increasingly looking to novel technologies as a... Read More