You are in : All News > Coca-Cola lightens environmental impact with new neck design and attached caps for PET bottles 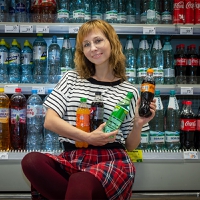 The move comes as part of Coca-Cola’s World Without Waste strategy, which includes limiting the impact of its packaging on the environment. CCEP aims to make all of its primary packaging recyclable, cut three million tons of virgin plastic from fossil-based sources by 2025, and replace hard-to-recycle materials with refill, dispenser and other solutions.

The heavy lightweighting challenge
Lightweighting the neck of a carbonated soft drink bottle is a complex technical challenge. The neck needs to perform well under adverse and extreme conditions and retain high safety and quality standards while maintaining the same consumer drinking experience.

Coca-Cola worked closely with multiple bottle and closure suppliers to design and test its lighter neck solution. It tested over six million bottles under rigorous conditions and, despite reducing the neck material, each bottle can still withstand the 11.5 bars of pressure – five times that of a car tire – required to contain the carbonated drink.Lightweighting bottle necks is a complex challenge: Coca-Cola tested over six million bottles before finalizing its new design.

“This new lighter-weight neck design – a seemingly simple but highly technical and complex innovation – builds on our longstanding lightweighting program and helps us further reduce the environmental impact of our packaging. This innovation supports our ongoing progress to zero waste and net-zero GHG emissions,” comments Geert Marsé, associate director for engineering for New Technology and Innovation at CCEP.

Germany’s production lines were the first to convert to the new neck design in Q4 2021 and are being followed by other European markets over the next two years.

Moreover, CCEP plans to make its lightweighted design an open-source, industry-standard, published through the industry association Cetie (International Technical Centre for Bottling). The design will then be available for any beverage maker to use in their own bottles to support industry-wide carbon reduction.

Capping off the circular economy
Production of CCGB’s bottles with attached caps began yesterday at its site in East Kilbride, Scotland, where the company has invested £32 million (US$40 million) since 2017. Consumers in Scotland and the North of England can now expect to find the new caps attached to 1.5 L bottles of Fanta, Coca-Cola Zero Sugar and Diet Coke. The switch is set to be completed for all plastic bottles across CCGB’s brand range by early 2024.

A first for Great Britain
Coca-Cola is the first major soft drinks company to announce the switch to tethered caps across its entire range in Great Britain. Last year, CCEP announced that it had reached its target of using 100% recycled plastic – excluding caps and labels – in all its 500 ml or smaller bottles sold in Great Britain ahead of schedule, helping to save around 29,000 metric tons of plastic per year.

The move also follows CCEP’s transition to Shrink to Board packs at the business’ Sidcup manufacturing site in the UK last year, and the lightweighting of its aluminum cans, which are now 22% lighter than two years ago.

“This [attached cap transition] is a small change that we hope will have a big impact, ensuring that when consumers recycle our bottles, no cap gets left behind. As the world’s largest independent bottler of Coca-Cola, we recognize that we have a leading role to play in pushing innovation and design to produce more high-quality recycled plastic which can be converted into new bottles,” says Stephen Moorhouse, general manager at CCEP Great Britain.

Adam Herriott, sector specialist at WRAP, adds: “This great move from CCGB supports the ongoing work with the UK Plastics Pact in trying to ensure that as much plastic packaging is captured and recycled as possible. In 2020, we saw the amount of plastic packaging being recycled increase from 44% to 52%. The small changes are what add up to make a big difference and, when it comes to recycling, the higher the quality of the material the better. We look forward to seeing more innovations in this area.”

The conclusion of the first intergovernmental committee meeting (INC-1) by the United Nations Environmental Programme (UNEP) to negotiate the terms of an internationally... Read More

For the first time, Coca-Cola Europacific Partners (CCEP) GB’s Christmas can multipacks will include NaviLens codes on the cardboard casing to help shoppers that... Read More