You are in : All News > “No hope” for Australia’s recycling targets, say marine conservationists after APCO report 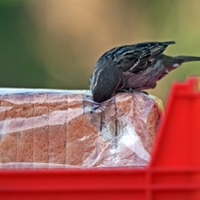 24 Nov 2021 --- Australia has “no hope” of achieving its 2025 national recycling targets, according to environmental activists, who are expressing dismay at the Australian Packaging Covenant Organisation’s (APCO) recent progress report findings.

The report details that despite 86% of the country’s plastic packaging being recyclable, compostable or reusable, only 16% ends up being recycled. Almost a quarter of recyclable materials go uncollected, and a further 8% is lost during collection and recycling.

APCO further details “bold interventions” will be needed to create systemic policy and industry changes if the country is to meet its 2025 goals of 100% recyclable packaging, 70% of plastics being recycled, and 50% average recycled content in all packaging.

However, Shane Cucow, a plastics expert at the Australian Marine Conservation Society (AMCS), tells PackagingInsights government and businesses are “still tiptoeing around while the oceans fill up with plastic.”

“No improvements” for plastic
APCO found that of the 1.1 million metric tons of plastic placed on the Australian market between 2019 and 2020, only 179,000 tons were recovered. This recovery rate has not changed in the past three years, it states, with no significant improvements resulting from planned infrastructure developments. A 2% drop in recovery was recorded between 2018 and 2020.

An estimated 67 million tons of plastic is wasted each year in Australia.A Material Flow Analysis predicts Australia will achieve roughly half (36%) of its 70% recovery rate target for plastics by 2025. PET is the only form of plastic expected to reach the intended target.

This year, Australia began constructing its largest PET recycling plant, which will be used to produce over 20,000 tons of new recycled PET (rPET) bottles and food packaging. Solar energy will power part of the facility.

They boast about “small changes like removing plastic straws and cutlery from shelves, yet most consumer products are still covered in plastic, and recycled packaging still constitutes just 3% of packaging on the Australian market,” he highlights.

The report also points to alarming statistical gaps for problematic and single-use plastic materials, for which “no comprehensive data on consumption exists.” Just 4% of flexible plastics were recovered between 2019 and 2020, and 26% of rigid plastics.

Making action mandatory
Cucow says the report is “an alarming wake-up call for the government and businesses, and it’s time to step up and start meaningfully reducing the plastic packaging on the market.”

“One thing is absolutely clear, voluntary action has not worked. Real incentives and clear penalties are needed because currently, it’s too easy for companies to put this in the too-hard basket,” he continues.

Cucow says AMCS is pleased to see the report encouraging options that would shift market dynamics. Over 100,000 marine animals die due to plastic pollution every year, according to AMCS.

“As long as it is still cheaper and easier to use virgin plastic, the vast majority of companies will keep pumping out new plastic with no regard for the environmental harm it causes,” he states.

“Business as usual is no longer an option. For decades we have gotten away with pumping out more and more plastic, blissfully ignorant to the consequences. With over 100,000 marine animals now dying of plastic every year, we can no longer pretend we are not responsible. Every company needs to start pitching in to shift to more sustainable alternatives before it’s too late.”

Paper trail
Meanwhile, recovery rates for paper and metal packaging remain far higher than for plastic. Roughly 68% of paper was recovered between 2019 and 2020, marking a 5% increase on the previous year.

According to the report, this is largely driven by an increase in the recycling of old corrugated cardboard, which has reached a 79% recovery rate.

Metal, which has a 56% recovery rate, remains unchanged from the previous year. However, glass recycling made a strong improvement with a 15% improvement in recovery (to 65%), partly driven by a 10% drop in consumption.

In the EU’s footsteps
Ultimately, Cucow says enforcing legislation that will provide industry with concrete incentives and requirements to hit is the only way the packaging industry could have a chance at achieving its goals. He further states that Australia should see the EU as an example of this.

“It’s time to follow Europe’s lead and start investigating options such as introducing a levy on virgin plastic, mandating minimum recycled content levels, and setting mandatory targets for plastic packaging reduction. These are the missing policies that will shift the market economics of plastic and drive the uptake of more sustainable options.”