You are in : All News > Plastics converters face 750% energy price hike as EuPC calls on EU for survival measures 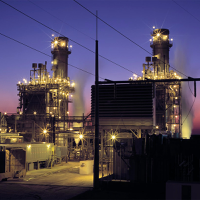 21 Sep 2022 --- The plastics industry is being crippled by soaring energy costs that are threatening to shut down numerous businesses, according to trade organization European Plastics Converters (EuPC). Price rises add to a tumultuous year for plastics players, who have already struggled with climbing costs after the COVID-19 pandemic and weather disruptions.

The EuPC says that converters, like many other energy-intensive industries, “are shocked” by the dramatic increase in electricity and gas prices. Although some companies have been able to avoid a cost increase due to current contracts, on average, the industry has had to face doubled electricity prices since the beginning of the year.

However, many companies have to pay up to 750% higher electricity prices than at the beginning of the year. In some countries, additional salary increases on top of the energy costs have put businesses in a dilemma: continue production or stop the processing lines altogether.

“We do not need long-term visions toward 2030 or beyond at a time where companies are trying to survive on a daily basis with a cash drain on uncontrolled energy prices,” he says.

Energy prices have been rising for over a year and converters are struggling to cope.Supply chain risk
This situation will put the supply of essential packaged goods in the EU at risk, says the EuPC. For certain industries in some EU Countries, continuing production, visibility, investments and further developments is simply unfeasible.

Last year, EuPC body Polymers Alliance for Europe (PEA) warned of impending chaos, economic devastation and worsening environmental pollution if the pricing situation was not addressed. In-fighting between polymer producers and converters over who should shoulder the surcharges brought on by last year’s crises had to be discussed at showdown talks in February this year.

However, with the Ukraine war, gas prices have crippled most industries and spread panic over whether many businesses will be able to survive the winter. Fears over converters moving to more attractive countries, such as those in the East, could prove justified.

Continuous cash drain
The effects of business closures are also starting to have a severe impact on the European industrial base. Paper packagers also recently warned that if the EU does not offer better protection, shutdowns could have serious knock-on effects for medical and food supply chains.

Similarly, metal industry players recently sent a letter to the European Commission, signed by over 40 associations and companies, warning that they face an “existential crisis” and that this winter is a “life or death” moment.

The letter urges EU leaders to take immediate emergency action or accept “permanent deindustrialization.” It also claims that half of the EU’s aluminum and zinc capacity has already been forced offline due to the power crisis.

Significant curtailments in silicon and ferroalloys production and further impacts throughout the copper and nickel sectors are also occurring. In the last month, several companies have had to announce indefinite closures, and many more are on the brink.

The Netherlands is the EU’s largest exporter of plastic waste and, per capita, the worst offender in the world, according to a new report by the Dutch nonprofit... Read More

Huhtamaki has sold its operations in Russia after pledging to divest from the country completely in April this year, following the outbreak of war in Ukraine. The... Read More