You are in : All News > Stora Enso divests Russian packaging plants to local ownership amid market uncertainties 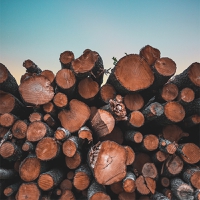 16 May 2022 --- Stora Enso has become the latest packaging leader to pull out of Russia, divesting its three corrugated packaging plants in the country. The company says that local ownership and operation will provide a more sustainable long-term solution for these businesses and their respective employees due to uncertainties in the Russian market.

Accordingly, its Lukhovitsy, Arzamas and Balabanovo packaging plants have been divested to local management.

The transaction is expected to have no material impact on Stora Enso’s annual sales and operational EBIT. Due to reduced business prospects for these businesses, an impairment loss of €35 million (US$36.4 million) was recorded in the first quarter result.

The additional loss on the transaction under IFRS will be approximately €55 million (US$57.3 million), consisting mainly of currency translation adjustments to be recorded at the closing date. The expenses are considered as items affecting comparability.

Fighting with fiber
In March, we reported on how major paper packaging groups and forestry standards authorities were freezing their operations in Russia and Belarus in a show of protest against the invasion of Ukraine. The divestments were expected to deliver a heavy blow to the Russian economy, further threaten global price rises and degrade environmental sustainability efforts.

NGOs promoting environmentally sustainable forestry practices also voluntarily joined the economic assault on the Russian wood trade. The PEFC (The Programme for the Endorsement of Forest Certification) retracted its certification for any product using timber sourced in Russia or Belarus.

Speaking to PackagingInsights, Thorsten Arndt, head of communications at PEFC International, said the organization’s decision is both humanitarian and environmental. “Nature is the unacknowledged victim of any war, and the negative environmental impact will be tremendous.”

“The military invasion is in direct opposition to our core values. This aggression causes unspeakable and unacceptable pain and death to innocent people, including women and children. It also has an immediate and long-term destructive impact on the environment, forests, and the many people that depend on forests for their livelihoods,” a PEFC statement read.Stora Enso says local ownership will provide a more sustainable solution for the divested businesses.

Fiber in demand
In February, Stora Enso invested €8 million (US$8.3 million) to double its formed fiber production capacity in Europe. With new machinery in Hylte, Sweden, the company aims to meet the increasing demand for low-carbon material.

The investment will further strengthen its position as a leading provider of renewable materials, the company says. Formed fiber is recyclable and biodegradable, and can be used to replace plastics in a wide range of applications.

Sohrab Kazemahvazi, senior vice president and head of formed fiber at Stora Enso, told PackagingInsights: “Consumers want eco-friendly foodservice packaging that is convenient to use and easy to recycle. PureFiber by Stora Enso appeals to eco-conscious brands who want to communicate eco-friendliness, circularity and low-carbon choices.”

The Confederation of European Paper Industries (Cepi) is calling for national governments in the EU to mitigate the mounting pressure gas shortages are putting on... Read More

Tetra Pak is discontinuing its remaining operations in Russia. The decision is based on the impact of export restrictions in Russia, which has led to an... Read More

Stora Enso and Tetra Pak are examining a shared beverage carton recycling solution to meet the growing demand in the Benelux for circular paper-based packaging. The... Read More