You are in : All News > Ineos and Recycling Technologies announce polystyrene recycling facility for scale-up testing 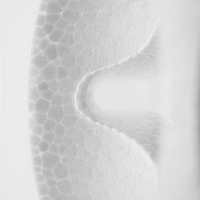 The facility, located in Swindon, UK, will function as a pilot facility to test capacity and operations in anticipation of a major future scale-up, say the partnership. The pilot site will open in the second half of 2022.

“Over the past years, we have explored a range of advanced recycling solutions such as depolymerization, dissolution and others. At the same time, we already deliver mechanical recycling solutions of both PS and acrylonitrile butadiene styrene (ABS).”

ABS is an affordable, strong type of thermoplastic often used in household items like refrigerators, kitchen fittings and children’s toys.

Ineos Styrolution’s depolymerization facility in Wingles, France.Depolymerization is an advanced recycling technology that converts PS waste feedstock back into its main building block (styrene), which can then be used to manufacture new PS with identical properties to the virgin material.

“The unique properties of PS allow this efficient monomer recycling process to be harnessed, avoiding the need to downcycle PS. An additional benefit of depolymerization is a significant decrease of greenhouse gas emissions when compared with the production of virgin PS from naphtha,” explains Leinemann.

Researchers estimate a large minority (roughly 30%) of pollution found in global landfills is PS-based, meaning finding a circular solution is critical to mitigating the material’s environmental impact. The British Plastics Federation estimates that less than half of the UK’s expanded PS is ever recycled.

The demand for circular PS solutions is urgent, with PS food containers increasingly recognized as one of the highest polluting packaging items. Australia pledged to phase out PS food containers and seven other high-polluting single-use plastic items by 2025.

First stage of the circle
Leinemman says Ineo believes depolymerization offers a “great potential for PS recycling.” Following the pilot plant’s launch next year, he explains the company will then use what it learns to construct a major depolymerization facility at its current plant in Wingles, France.

“We welcome Ineos Styrolution’s decision and are pleased to be a critical element of the team to build Europe’s first advanced chemical PS recycling facility,” says Adrian Griffiths, CEO & founder of Recycling Technologies. The technology can produce recycled PS of the same quality as virgin PS, says Ineos.

“Harnessing our fluidized bed engineering technology and expertise to recycle PS is a critical step to making PS circular.”

This year, Ineos chose Recycling Technologies to conduct advanced recycling processes on its behalf after searching for an optimal industry partner.

Recycling Technologies’ solution provided the highest yields in converting PS to styrene monomer. It is deemed highly scalable due to the company’s fluidized bed reactor and highly-skilled technical team, the company says.

Advanced recycling advances
The Ineos pilot plant will join a number of other industry efforts at circularizing PS in packaging use.

Last year, Total, Intraplás and Yoplait announced they are piloting the manufacturing of yogurt pots from recycled PS in France. BASF and Trinseo are also partnering on the production of styrene based on circular feedstock.

Recent Rabobank research revealed advanced recycling continues to flourish in 2021, despite criticism from NGOs and media reports challenging the cost-effectiveness and environmental performance of these technologies.

Eastman is investing up to US$1 billion in building what it says is the world’s largest molecular plastics recycling facility in France. The announcement was made... Read More