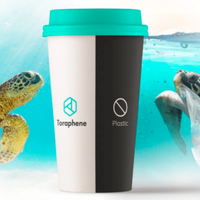 18 Feb 2021 --- Graphene-enhanced bioplastic pioneer Toraphene has closed a seed round of external financing. The US$1.25 million raised prepares the UK-based start-up for commercial scale expansion.

The company’s flagship material, eponymously named Toraphene, is fully ocean degradable, compostable and “significantly stronger” than any other plastic alternative.

Toraphene’s key ingredient is graphene – a Nobel Prize-winning material stronger than diamond at the molecular level.

For the last ten years, researchers at Toraphene have been developing this biodegradable material as a cost-effective alternative to fossil-based plastics.

Gaute Juliussen, CEO of Toraphene and former chairman of the Nordic Graphite company, speaks with PackagingInsights about the company’s progress and why he believes his team’s discoveries could create a “revolution” in the bioplastics industry.

“We have launched our very first branded commercial product, revealed for the first time three weeks ago. This is the Toraphene single-layer thin, flexible film, exemplified by the bio-based home-compostable Toraphene carrier bag.” 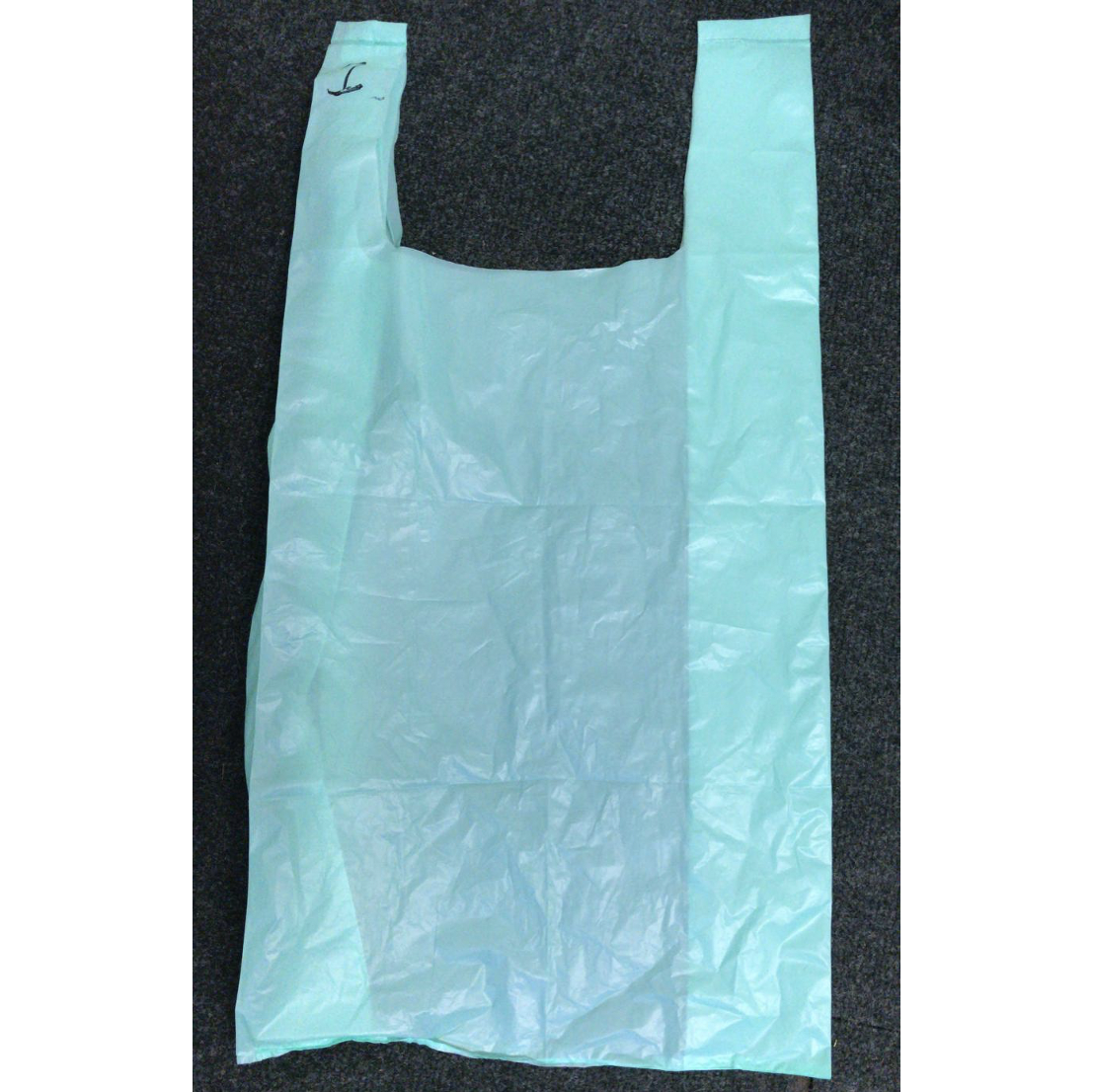 Toraphene carrier bags are available to order at £500 (US$664) for 9,000 units. By weight, strength and material usage, the bag stands out compared to other market products, he says.

“We created a showcase video that includes a strength test, demonstrating its performance in a thin shopping bag comfortably carrying a 22 lb (10 kg) load with no structural damage.”

One of the most promising things about the strength of Toraphene, Juliussen continues, is it can replace plastics and other finite materials outside of the packaging industry as well.

“There is no limitation for this revolutionary material,” he says, highlighting Toraphene could also be used in personal protective equipment (PPE) like gloves and disposable gowns.

The material could even be suited to construction purposes in the form of temporary building wraps or for recreational purposes such as winterizing boats, he adds.

“The possibilities are endless.”

Overcoming bioplastic greenwashing
While many plastics producers add biopolymers to their products in place of virgin plastic, it does not guarantee a material is biodegradable, which can result in consumer confusion.

Last year, a Closed Loop Partners and Rethink Plastic report claimed confusion was the intention of many companies looking to “greenwash” their products with bioplastics claims .

Juliussen concurs with this analysis but asserts things are beginning to change. Graphene is blended with biopolymers to produce Toraphene.

“It appears rather obvious to us the market has been allowed to run mostly unchecked by incumbent commercial, political and public relations industry interests. Unfortunately, these interests have put mechanisms in place to block hard science from entering public discussion.”

However, social media platforms and “more entrepreneurial and dynamic media” are starting to disrupt this historical picture, he says, and there is no stopping it.

“How do you make people ignore a video of a turtle whose nose is permanently blocked by a stuck plastic straw or a scientific report from a reputable university concluding a plastic bottle delivers on average more than one million pieces of microplastic per serving to be swallowed by your infant child?”

An overhaul of bioplastics claims is necessary, Juliussen stresses, with accurate labeling paramount.

“We feel anything science has demonstrated to cause harm to our biosphere or any organisms and mammals that are a part of it should be at the very minimum labeled as such, just as cigarettes are.”

“The next logical step would be to ban it like asbestos, mercury and uranium isotopes.” 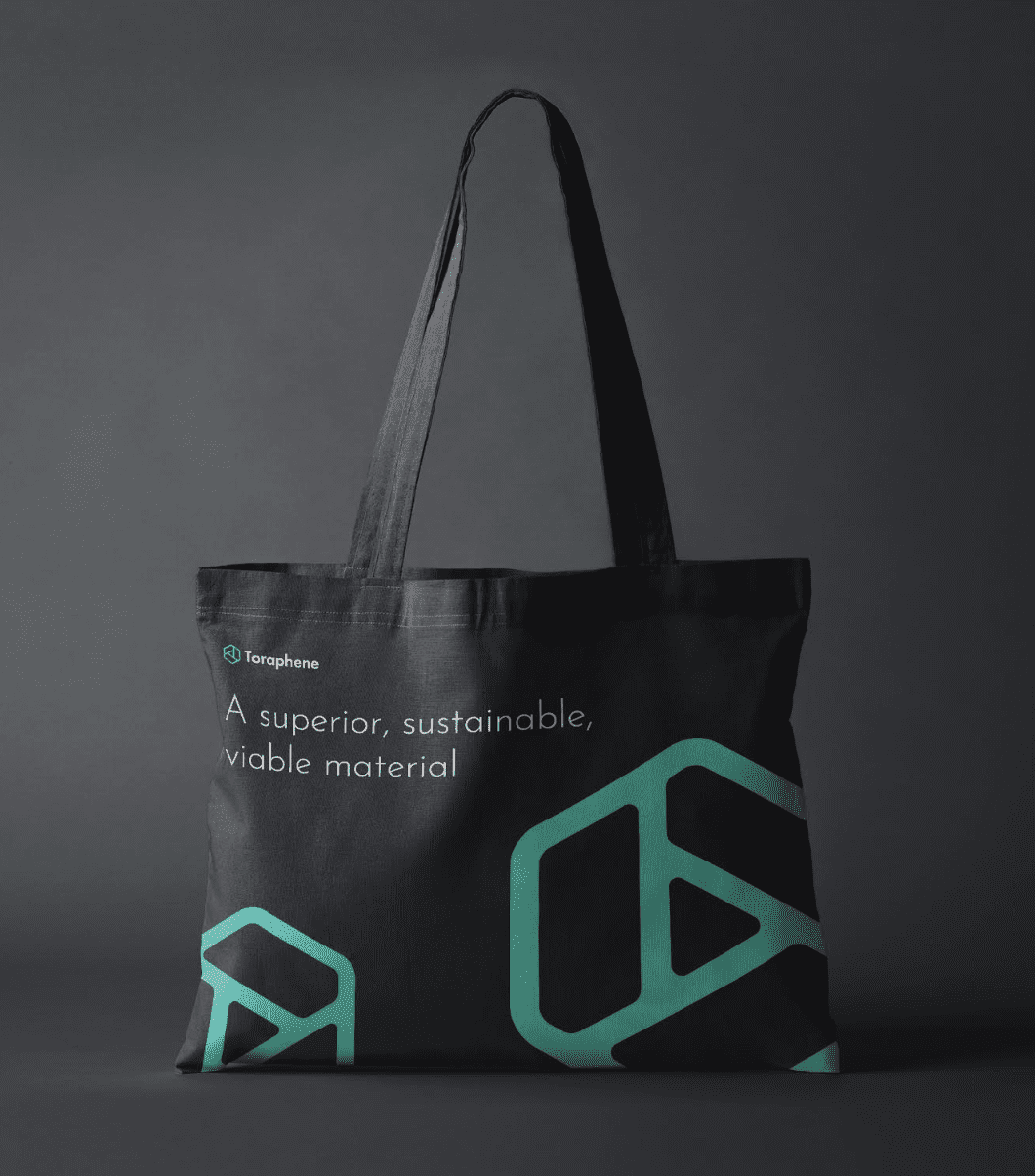 Toraphene could be used in a range of essential products in the future, says Juliussen.Booming bioplastic demand
Changes in government regulation and policy, primarily driven by concerns over environmental sustainability, are beginning to be realized worldwide.

Last year, China announced it would be phasing out single-use plastics toward 2025.

Juliussen sees these developments as positive indicators that things are moving in the right direction and as lucrative opportunities for genuine bioplastics in the future.

“The single-use plastic ban in China is now starting to change the dynamics of the industry in a significant way. New capacity for bio-based and biodegradable packaging materials are being financed at a rate not seen before, and the demand for alternatives to plastic has hiked prices significantly,” he remarks.

The rise of the COVID-19 pandemic has also added momentum to this picture.

“The meteoric rise of ‘single item wrapped in 3 layers’ e-commerce shopping delivery at the expense of the slowly dying high street ‘fill one bag with items’ shopping has created an explosion in the volume of packaging materials needed.”

“COVID-19 has greatly increased the need for protective packaging, PPE and barriers of all manners. This puts additional pressures on the supply of packaging materials, both plastic and its alternatives.”

Bioplastics still face hurdles
Juliussen is calling for plastics companies to be charged for the damage incurred by plastic materials.Despite Torophene’s advances in scalability and quality, and developments in anti-single-use plastic policy, the bioplastics industry is still up against the odds, continues Juliussen.

“In general, synthetic plastics from fossil fuels have achieved a scale in manufacturing whereby the minimal size plastic plant being financed today has a capacity 40 times or more than the largest financed biopolymer plant.”

He explains this results in a cost advantage of plastic of more than triple of any of its competing materials.

However, if plastics companies were forced to pay the total cost of ownership (TCO), Toraphene could compete.

“If fossil fuels plastics were costed fully, including the cost over time of the damage inflicted on our biosphere and the animals, plants and algae that inhabit it, the above challenge would be solved.”

Single-use plastic packaging waste could be upcycled into needed graphite in a bid to further the circular economy, according to researchers at Penn State University,... Read More

Bericap has commissioned a consumer survey of its ClipAside Tethered Caps, revealing that users are impressed by their practicality and recycling performance. The... Read More